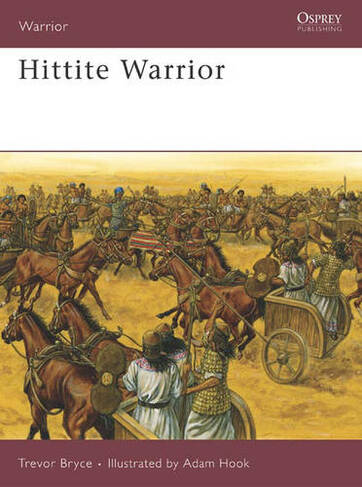 Written by Trevor Bryce, one of the world's leading experts on the Hittites, this book charts the rise and fall of a warrior people famed for the ferocity, who built an empire which stretched from Mesopotamia to Syria and Palestine. For nearly a century the Hittites fought a draining war against the Egyptians - the climax of which saw the Hittites defeated and their 400-year-old empire destroyed at Qadesh. Bryce details the day-to-day lives of the Hittite warriors, examining their training, equipment, tactics and their unique attitude to religion and warrior ethos. This book is a fascinating and enlightening addition to an often ignored subject. Illustrations (chiefly col.)

Trevor Bryce is a Classicist and ancient Near Eastern historian who has published extensively on the Classical and Near Eastern worlds. He is currently Emeritus Professor at the University of New England Australia and has been awarded the Australian Centenary Medal for Service to Australian Society and the Humanities in the Study of History. He has held teaching fellowships at numerous universities, including: the University of Oxford and Princeton. He has also lectured all over the world, including the Smithsonian Institute, Washington DC. In 2004 he was historical consultant for a BBC documentary on the 'Truth of Troy.' He leads a number of historical tours in Greece, Italy, Turkey and Jordan. The author lives in Australia.