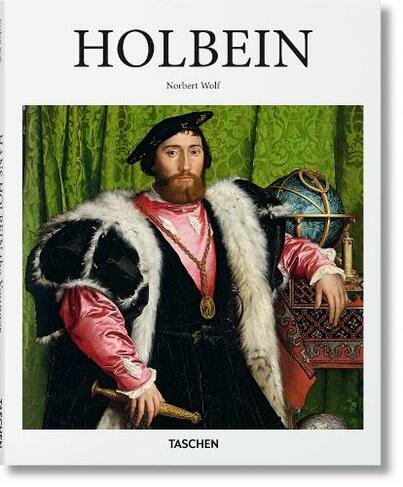 By Norbert Wolf (Author)
Hardback
https://www.whsmith.co.uk/products/holbein/norbert-wolf/hardback/9783836563727-12-000.html £8.20 rrp £10.00 Save £1.80 (18%)
GBP
Availability
In Stock
Free Delivery Available When You Spend £15 Or More
Details
Spend £15 On Eligible Products To Recieve Free Standard Delivery To You Home Or Free Next Working Day Click And Collect To Store
Share

Religion, Renaissance, and Reformation-these three ideologies shaped the world of 16th-century portraitist Hans Holbein the Younger (1497/98-1543), a pivotal figure of the Northern Renaissance, whose skills took him to Switzerland, Belgium, Italy, and England, and garnered patrons and subjects as prestigious as Henry VIII, Thomas More, Anne of Cleves, and Reformation advocate Thomas Cromwell. This book brings together key Holbein paintings to explore his illustrious and international career as well as the courtly drama and radical religious change that informed his work. With rich illustration, we survey the masterful draftsmanship and almost supernatural ability to control details, from the textures of luxurious clothing to the ornament of a room, that secured Holbein's place as one of the greatest portraitists in Western art history. His probing eye was matched with a draftsman. Along the way, we see how he combined meticulous mimesis with an inspired amalgam of regional painterly traits, from Flemish-style realism to late medieval German composition and Italian formal grandeur. During his time in England, Holbein became official court painter to Henry VIII, producing both reformist propaganda and royalist paintings to bolster Henry's status as monarch and as the new Supreme Head of the Church following the English Reformation. His portrait of Henry from 1537 is regarded not only as a portraiture pinnacle but also as an iconic record of this transformative monarch and the Tudor dynasty. Through this turbulent period, Holbein also produced anticlerical woodcuts, and sketched and painted Lutheran merchants, visiting ambassadors, and Henry's notorious succession of wives. About the series Born back in 1985, the Basic Art Series has evolved into the best-selling art book collection ever published. Each book in TASCHEN's Basic Art series features: a detailed chronological summary of the life and oeuvre of the artist, covering his or her cultural and historical importance a concise biography approximately 100 illustrations with explanatory captions

Norbert Wolf graduated in art history, linguistics, and medieval studies at the Universities of Regensburg and Munich, and earned his PhD in 1983. He held visiting professorships in Marburg, Frankfurt, Leipzig, Dusseldorf, Nuremberg-Erlangen, and Innsbruck. His extensive writings on art history include many TASCHEN titles, such as Diego Velazquez, Ernst Ludwig Kirchner, Caspar David Friedrich, Expressionism, Romanesque, Landscape Painting, and Symbolism.