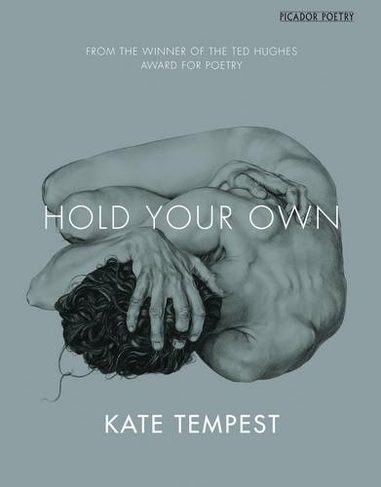 Hold Your Own, Kate Tempest's first full-length collection for Picador is an ambitious, multi-voiced work based around the mythical figure of Tiresias. This four-part work follows him through his transformations from child, man and woman to blind prophet; through this structure, Tempest holds up a mirror to contemporary life in a direct and provocative way rarely associated with poetry. A vastly popular and accomplished performance poet, Tempest commands a huge and dedicated following on the performance and rap circuit. Brand New Ancients, also available from Picador, won the Ted Hughes Award for New Work in Poetry and has played to packed concert halls on both sides of the Atlantic.

Kate Tempest writes rhymes, lyrics, poems, prose and plays. She began at sixteen, rapping in battles across London, and began performing spoken word at the age of twenty-one. She has performed her writing on stages all over the world, as well as playing all the major UK and European music festivals, including Glastonbury. She has written poems for Barnado's children's charity, the BBC, Amnesty International, the Royal Shakespeare Company and Turner Prize winning artist Chris Offili. She is two times poetry slam winner at the prestigious Nu-Yorican poetry cafe in New York. She has supported legendary punk poet John Cooper Clarke and supported Billy Bragg on his Leftfield in Motion UK tour with her band Sound of Rum. Her published work, Brand New Ancients won the Ted Hughes Prize for innovation in poetry.