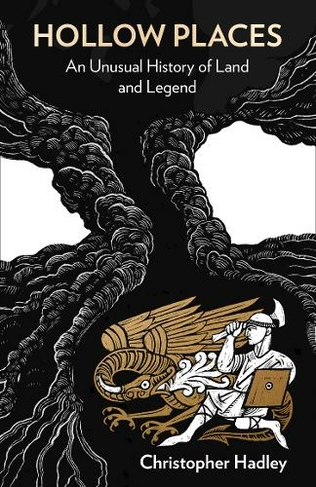 Hollow Places: An Unusual History of Land and Legend

By Christopher Hadley (Author)
Hardback
https://www.whsmith.co.uk/products/hollow-places-an-unusual-history-of-land-and-legend/christopher-hadley/hardback/9780008319472-12-000.html £16.00 rrp £20.00 Save £4.00 (20%)
GBP
Availability
In Stock
Free Delivery Available When You Spend £25 Or More
Details
Spend £25 On Products To Receive Free Standard Delivery To Your Home Or Free Next Working Day Click And Collect To Store
Share

'Impossible to summarise and delightfully absorbing, Hadley's book is comfortably the most unexpected history book of the year' Sunday Times A luminous journey through a thousand years of folklore and English history. Hollow Places begins with a Hertfordshire dragon-slayer named Piers Shonks but soon draws us into the company of outlaws and stonemasons, antiquaries and champions. Full of wonder and always surprising, the story takes us to the margins of the Bayeux Tapestry where strange creatures gather, to ancient woodland where hollow trees hide secrets, and to the scribbled clues about folk heroes in eighteenth-century manuscripts. Hadley leads us back shivering to a church in Georgian England to sketch the dragon on a tomb, to stand atop its tower triangulating the Elizabethan countryside, and to confront the zealous Mr Dowsing and his thugs looting brasses and smashing masonry during the Civil War. Along the way, we discover how long bones will last in a crypt and where medieval stonemasons found inspiration. The story of Piers Shonks is the survivor of an 800-year battle between storytellers and those who would mock or silence them. It stands for all those thousands of seemingly forgotten tales that used to belong to every village. It is an adventure into the past by a talented and original new writer, and a meditation on memory and belief that underlines the importance and the power of the folk legends we used to tell and why they still matter.

Christopher Hadley is a journalist and author. His pieces on such popular subjects as 18th-century religious tracts have appeared in The Independent, The Guardian, The Times, London Review of Books, Esquire and his local parish magazine, among many other publications. Hollow Places, an account of his search across a thousand years of British history for the dragon-slayer Shonks, is his first history book. Christopher is married with three children, whom he hopes will never grow-out of hunting for dragons and other marvels in the Hertfordshire countryside where they live. www.christopherhadley.co.uk