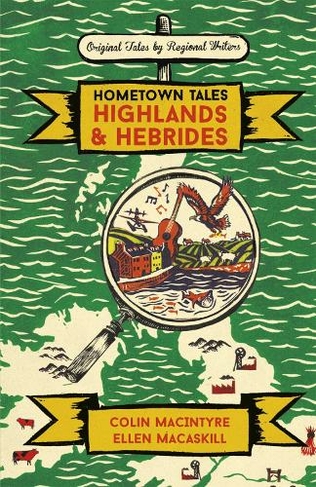 Original tales by remarkable writers Hometown Tales is a series of books pairing exciting new voices with some of the most talented and important writers at work today. Some of the tales are fiction and some are narrative non-fiction - they are all powerful, fascinating and moving, and aim to celebrate regional diversity and explore the meaning of home In these pages on the Highlands and Hebrides, you'll find two unique tales. 'The Boy in the Bubble' is a bright, intensely funny and deeply felt memoir about growing up on the Isle of Mull from award-winning musician, the man behind Mull Historical Society, and author of The Letters of Ivor Punch, Colin MacIntyre. 'A9' is a captivating piece of short fiction about a girl torn between her love in Inverness and the chance to spread her wings, by Ellen MacAskill.

Colin MacIntyre is an award-winning songwriter, multi-instrumentalist and producer who has released seven albums to date, most notably under the name Mull Historical Society, so far achieving two Top 20 albums and four Top 40 singles. He has been voted Scotland's Top Creative Talent and has toured worldwide, including with The Strokes, Elbow and REM, and has played all the major festivals. He has performed live on BBC Radio 1, Radio 2, 6 Music, Radio 4, Later with Jools Holland and The Jonathan Ross Show, among many others. Born into a family of writers and storytellers, Colin grew up on the isle of Mull in the Hebrides but now lives in London.Ellen MacAskill is an emerging writer of fiction, poetry and essays. In 2017, she co-founded Writers 4 Utopia, a queer sci-fi zine collective in Vancouver. You can subscribe to her newsletter at tinyletter.com/otherlife. She is working on her first full-length novel while living as a settler in Montreal.