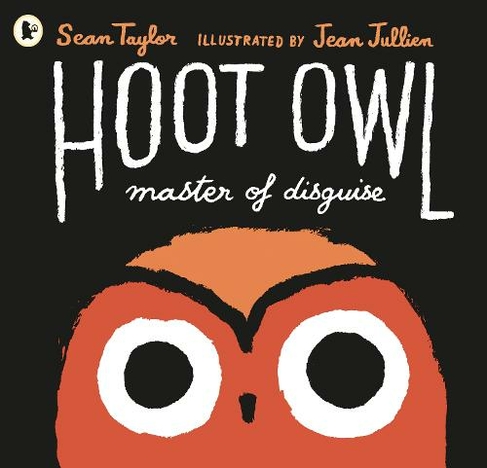 A laugh-out-loud page turner from Sean Taylor with wickedly hilarious graphic art from Jean Jullien. "This is the funniest picture book I have read in a long time" David Walliams From masterful storyteller Sean Taylor and exciting, celebrated graphic artist Jean Jullien, comes the laugh-out-loud tale of Hoot Owl. Hoot Owl is no ordinary owl - oh no! - he's a master of disguise! And he will use his expert camouflage powers to trick his unsuspecting prey into succumbing to him! Tiny animals of the night ... beware! But, somehow, Hoot Owl's prey keeps escaping... Hmmm, perhaps he isn't quite as masterful as he believes. Will he ever succeed in catching himself some dinner? Hilarity, ridiculousness and very bad costume changes abound in this wildly inventive new title.

Sean Taylor has written more than 40 books for young readers. These include the Purple Class series of comic adventures set in an urban primary school, a collection of folktales from the Amazon called The Great Snake, a novel for teenagers called A Waste of Good Paper, and picture books such as The World Champion of Staying Awake, illustrated by Jimmy Liao, Boing!, illustrated by Bruce Ingman, Don't Call Me Choochie Pooh!, illustrated by Kate Hindley and Where the Bugaboo Lives, illustrated by Neal Layton. He lives in Bristol with his wife and two sons. Find Sean online at www.seantaylorstories.com.Originally from Nantes, Jean Jullien is a London-based illustrator who works with a vast range of media including illustration, photography, installations and clothing. He graduated from Central Saint Martins in 2008 and from the Royal College of Art in 2010. In 2011, he founded Jullien Brothers, specialising in moving image. His clients include Waterstones, The New York Times, the Tate, Channel 4, Byron Burger and The Guardian; he also regularly exhibits his work in France and London. He lives in East London. Find Jean online at www.jeanjullien.com and on twitter and instagram as @jean_jullien.