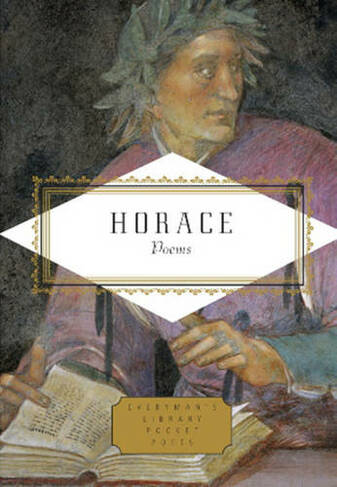 Horace saw the death of the Republic and the beginning of the Roman Empire, and was personally acquainted with the emperor Augustus and the poet Virgil. He was famous during his lifetime, and continued to be posthumously, for his odes and epodes, his satires and epistles, and for Ars Poetica. His lyric poems have been translated into many languages, by an array of famous poets including Jonson, Milton, Dryden, Pope, Cowper, A. E. Houseman, Ezra Pound, Louis McNeice, Robert Lowell--and even Queen Elizabeth I and the Victorian prime minister Gladstone. Also included are excerpts from Ars poetica (The Art of Poetry), an influential work of literary criticism, and the Carmen saeculare (Secular Hymn), a prayer to Apollo commissioned by Augustus for public performance. Horace's injunction to "seize the day" has echoed through the ages. This anthology of superb English translations will show how Horace has permeated English literature for five centuries.

Born Quintus Horatius Flaccus on December 8, 65 BC.In his writings, he "tells us far more about himself, his character, his development, and his way of life than any other great poet in antiquity