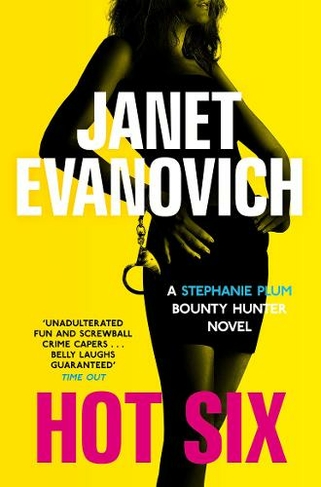 Big-haired bounty hunter Stephanie Plum is back - and, boy, has she got man trouble . . . First there's fellow bounty hunter Ranger, currently on the run from a murder rap and requesting Stephanie's help. Trouble is she can't decide if she should turn him in or keep him for herself. Then there's sexy vice cop Joe Morelli - the man her heart says she's in love with (even though her head says otherwise). He's after Ranger too - but for less romantic reasons . . . And now there's another male in her life. He's big, he's orange, and he howls when he's left alone. Sexual temptation, homicidal maniacs, car crashes and doughnut addiction are all part of Stephanie Pum's daily routine. But all that pales into insignificance when Grandma Mazur moves in . . .

Janet Evanovich now lives in New Hampshire but, like Stephanie Plum, grew up in New Jersey. She has won major crime fiction awards for her Stephanie Plum novels, including the CWA John Creasey Memorial, the Dilys on two occasions, the CWA Last Laugh and the CWA Silver Dagger for Three to Get Deadly.