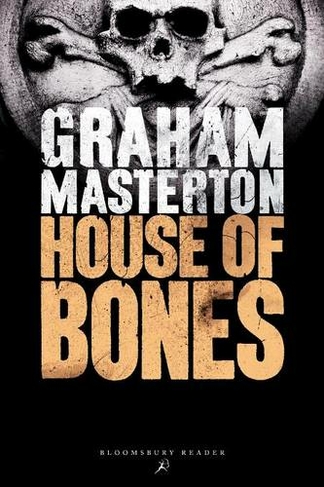 No one lives for very long in the houses they buy from Mr Vane. Neighbours complain of noises that chill the blood, and then deathly silence. Maybe the occupants have moved away, but then again, maybe they haven't. John has joined Mr Vane's estate agency. He thinks houses are for living in - happily ever after. He has no idea about the hidden forces inside Mr Vane's properties, nor about their strange appetites, but he's about to find out. First published in 1998, House of Bones is a chilling, gruesome, horror novel.

Graham Masterton (born 1946, Edinburgh) is a British horror author. Originally editor of Mayfair and the British edition of Penthouse, Graham Masterton's first novel The Manitou was published in 1976 and adapted for the film in 1978. Further works garnered critical acclaim, including a Special Edgar award by the Mystery Writers of America for Charnel House and a Silver Medal by the West Coast Review of Books for Mirror. He is also the only non-French winner of the prestigious Prix Julia Verlanger for his novel Family Portrait, an imaginative reworking of the Oscar Wilde novel The Picture of Dorian Gray.