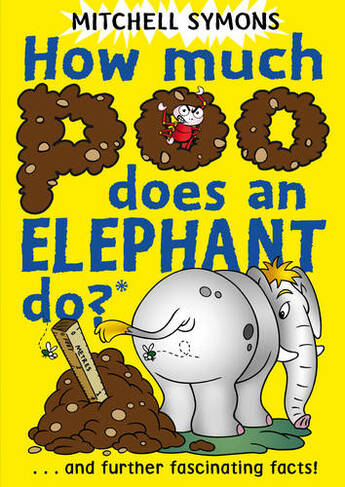 How Much Poo Does an Elephant Do?: (Mitchell Symons' Trivia Books)

Let Mitchell Symons be your guide into the weird and wonderful world of trivia. Camels are born without humps. Walt Disney, creator of Mickey Mouse, was scared of mice. Only 30% of humans can flare their nostrils A group of twelve or more cows is called a flink And an elephant produces an eye-wateringly pongy 20 kilos of dung a day!

Mitchell Symons was born in 1957 in London and educated at Mill Hill School and the LSE, where he studied just enough law to get a Third. Since leaving BBC TV, where he was a researcher and then a director, he has worked as a writer, broadcaster and journalist. He was a principal writer of early editions of the board game Trivial Pursuit and has devised many television formats. Currently he writes an award-winning weekly column for the Sunday Express.