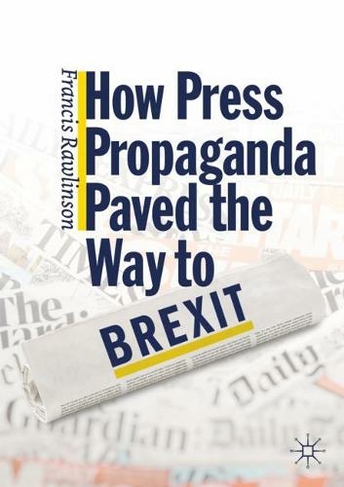 This book traces how right-wing newspapers in Britain helped shape British public opinion about the European Union over the course of the 20 years preceding the EU referendum in June 2016. The author argues that newspapers such as the Telegraph, Mail, Sun and Express have been effectively waging a long-term propaganda war, with the distortions and borderline fake news presented one of the factors that helped secure the narrow majority for Brexit. Written by an EU insider, the book presents hard facts and debunks the core myths on EU laws, exorbitant budget contributions and uncontrolled immigration, and contributes to the broader debate on the importance of the press for democracy. 1 Tables, color; 1 Illustrations, color; 2 Illustrations, black and white; XXI, 342 p. 3 illus., 1 illus. in color.

Francis Rawlinson is a former EU Commission official. He is also Fellow of Kwansei Gakuin University, where he was a professor for EU studies from 2011 to 2017. He has written on EU competition law, state aid control, the euro and regional development.