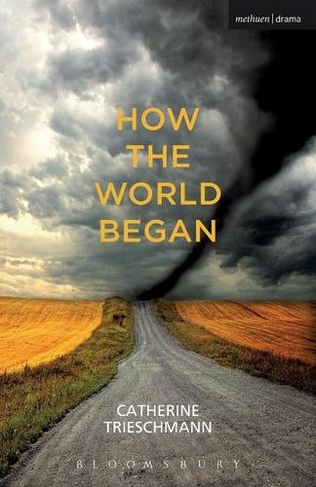 How the World Began

Sharp, thoughtful and mysterious, How the World Began is a powerful story about an outsider in a close-knit, devastated community. Susan, a science teacher from Manhattan, starts work in a small rural Kansas town that's been ripped apart by a tornado. When one of her pupils - the damaged, articulate Micah - takes offence at an off-the-cuff remark about how life on Earth began, Susan is thrown into an ethical firestorm about science and faith that leads to her fearing for her safety. Casting light on the tension between religion and secular liberalism, How the World Began explores the debate between creationism and evolution, and how this is taught in schools. With hints of American classics like Inherit the Wind and The Catcher in the Rye, the play traces the inexorable, fatalistic momentum from a single casual act into an all-encompassing dispute. A dispute which then threatens the very foundations of a community still reeling from a colossal disaster. In addition to its relevant and complex themes, the play is also about human psychology and what drives people to extreme ideological positions in times of duress. With writing which is provocative, moving and intelligent, Catherine Trieschmann asks important questions alongside in-depth character studies. This shrewd and compassionate drama is astute, perceptive and controversial.

Catherine Trieschmann's plays include The Bridegroom of Blowing Rock (Weissberger Award), crooked, The World of Others, Hot Georgia Sunday, Small and Selfish Creatures, and How the World Began. Her work has been produced Off-Broadway at the Women's Project, South Coast Repertory, the Bush Theatre, the New Theatre (Sydney), American Theatre Company (Chicago), Florida Stage, the Summer Play Festival, Actor's Theatre of Louisville, Theatre in the Square, the Edinburgh Fringe Festival, and the New York International Fringe Festival. She has received commissions from South Coast Repertory Theatre and Manhattan Theatre Club. She also wrote the screenplay for the film Angel's Crest, which premiered at the 2011 Tribeca Film Festival. Originally from Athens, Georgia, she currently resides in a small town in western Kansas.

How the World Began
How the World Began
Catherine Trieschmann
Paperback
Usually despatched within 2 weeks
https://www.whsmith.co.uk/products/how-the-world-began/catherine-trieschmann/paperback/9781408172315.html £10.11 rrp £10.99 Save £0.88 (8%)
GBP