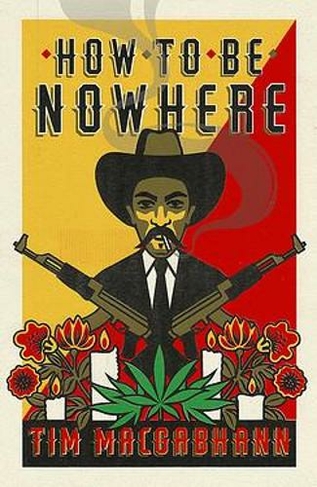 How to be Nowhere

By Tim MacGabhann (Author)
Hardback
https://www.whsmith.co.uk/products/how-to-be-nowhere/tim-macgabhann/hardback/9781474610483-12-000.html £13.59 rrp £16.99 Save £3.40 (20%)
GBP
Availability
In Stock
Free Delivery Available When You Spend £15 Or More
Details
Spend £15 On Eligible Products To Receive Free Standard Delivery To You Home Or Free Next Working Day Click And Collect To Store
Share

Life is finally on the right track for reporter and recovering addict Andrew: he is slowly coming to terms with the murder of his photographer boyfriend Carlos, pursuing sobriety and building a new home with a new partner. Andrew has almost forgotten about the story that ruined his life - but that story hasn't forgotten about him, and a series of deadly threats forces him into helping the very man whose gang murdered his boyfriend and left him homeless. A literary take on the classic chase movie, HOW TO BE NOWHERE is the sequel to Tim MacGabhann's genre-busting and critically-acclaimed debut CALL HIM MINE, and a blistering thrill-ride deep into the fog of Central America's murky present and tragic future.

TIM MACGABHANN was born in Kilkenny, Ireland, and began his writing career as a music journalist while studying English Literature and French at Trinity College, Dublin. Since 2013, he has reported from all over Latin America for outlets including Esquire, Thomson Reuters, Al Jazeera, and the Washington Post. His critically-acclaimed debut novel Call Him Mine was a Daily Telegraph 'Thriller of the Year' in 2019.His fiction, non-fiction, and poetry has appeared in Gorse, The Stinging Fly, and Washington Square, and he holds an M.A. in Creative Writing from the University of East Anglia. He lives in Mexico City.