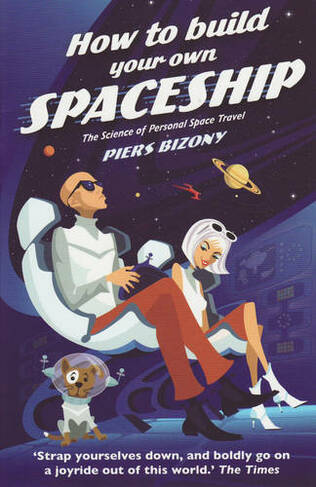 Private space flight has long been a science-fiction dream. Today it is on the verge of realization. Major companies such as Virgin and Amazon are investing in a new generation of lightweight, efficient spacecraft. Start-up companies specializing in space tourism and spaceport development are burgeoning. NASA and the American aviation authorities are altering decades-old legislation to make private space entrepreneurship possible. How To Build Your Own Spaceship tells you everything you need to know to join the new space race - either by signing up as a passenger or becoming an investor in this fantastic new arena, where the sky is no longer the limit. integrated b&w illustrations

PIERS BIZONY has written widely about science, film, history and space. His book The Man Who Ran the Moon tells the story of James E. Webb, the brilliant yet controversial administrator who led NASA as it reached for the moon. Bizony has recently completed Atom, a major tie-in book for a BBC series, about the ideas and personalities that shaped modern quantum theory.