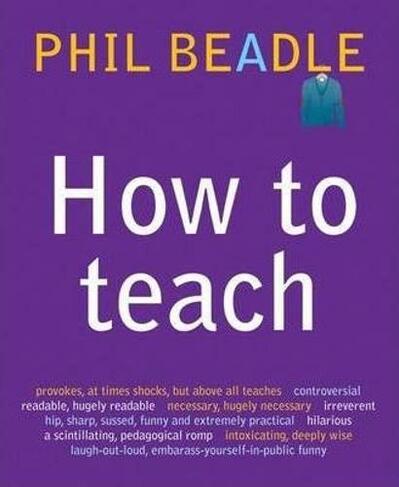 How to Teach is the most exciting, most readable, and most useful teaching manual ever written. It is not the work of a dry theorist. Its author has spent half a lifetime working with inner city kids and has helped them to discover an entirely new view of themselves. This book lets you into the tricks of the trade that will help you to do the same, from the minutiae of how to manage difficult classes through to exactly what you should be looking for when you mark their work. How to Teach covers everything you need to know in order to be the best teacher you can possibly be.

Phil Beadle knows a bit about bringing creative projects to fruit. His self-described 'renaissance dilettantism' is best summed up by Mojo magazine's description of him as a 'burnished voice soul man and left wing educationalist'. He is the author of ten books on a variety of subjects, including the acclaimed Dancing About Architecture, described in Brain Pickings as 'a strong, pointed conceptual vision for the nature and origin of creativity'. As songwriter Philip Kane, his work has been described in Uncut magazine as having 'novelistic range and ambition' and in Mojo as having a 'rare ability to find romance in the dirt' along with 'bleakly literate lyricism'. He has won national awards for both teaching and broadcasting, was a columnist for the Guardian newspaper for nine years and has written for every broadsheet newspaper in the UK, as well as the Sydney Morning Herald. Phil is also one of the most experienced, gifted and funniest public speakers in the UK.