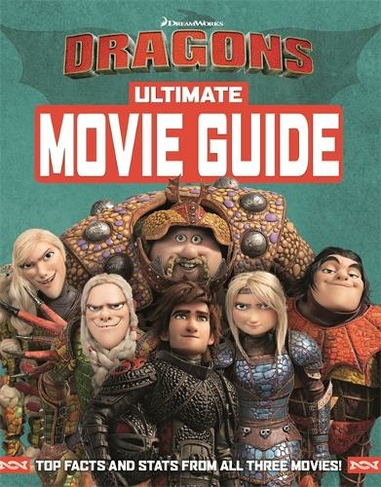 Hardback
https://www.whsmith.co.uk/products/how-to-train-your-dragon-the-hidden-world-ultimate-movie-guide-how-to-train-your-dragon/hardback/9781444946932-12-000.html £8.19 rrp £9.99 Save £1.80 (18%)
GBP
Availability
In Stock
Free Delivery Available When You Spend £25 Or More
Details
Spend £25 on eligible products to receive free standard delivery to home or free next working day click and collect to store
Share

Based on the bestselling book series by Cressida Cowell, DreamWorks Animation released two animated feature films in 2010 and 2014. Hugely successful, the films received both Oscar and BAFTA nominations. A third film is planned for a 2019 release starring Cate Blanchett and Jonah Hill. The franchise also consists of four short films: Legend of the Boneknapper Dragon (2010), Book of Dragons (2011), Gift of the Night Fury (2011) and Dawn of the Dragon Racers (2014). A television series showing the continuing adventures of Hiccup and his friends is currently being shown on Netflix and CBBC.For games, downloads, activities and sneak peeks, check out: www.howtotrainyourdragonbooks.com and http://www.howtotrainyourdragon.co.uk/