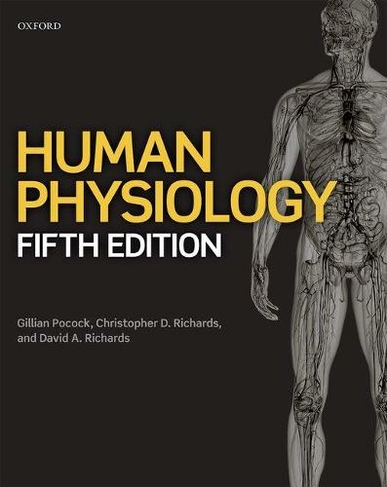 The human body is a complicated and beautiful machine, governed by the laws of physics and chemistry. By understanding its physiology - how it performs its varied functions - it is possible to build strategies for diagnosis, treatment, and prevention of disease. In this latest edition, expanded and restructured coverage of sensory physiology and the respiratory system, a new comprehensive glossary of key terms, and additional online learning resources make Human Physiology even more student-friendly than its predecessors. Human Physiology provides clear explanations of the principles that govern the body's physiological processes and shows how these can be applied. This is the ideal course companion for any student needing a solid foundation in the subject for a future career in human biology, biomedical science, or medicine. Online resources Student resources - Numerical and clinical problems - Multiple choice questions - Web links Lecturer resources - Figures from the book