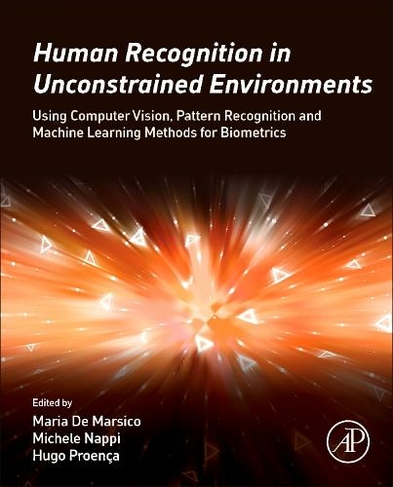 Also available on eBook for £89.75. Click here to purchase from Rakuten Kobo

Maria De Marsico is Associate Professor at Sapienza University of Rome, Department of Computes Science. She got her Master degree in Computer science from University of Salerno. Her scientific interests focus on Image Processing and Human Computer Interaction. Regarding the first one, she works on biometric recognition, including face, iris, gate, and multimodal recognition. Regarding the second one, she is especially interested in multimodal interaction, accessibility for users with special needs, and advanced techniques for personalized distance learning. She is Associate Editor of Pattern Recognition Letters, and Area Editor of the IEEE Biometrics Compendium. She published about 100 scientific works in international journals, conferences, and book chapters. She has been member of many Technical program Committees and is referee for several top journals, and Program Chair for the International Conference on Pattern Recognition Applications and Methods since 2013. Michele Nappi received the laurea degree (cum laude) in computer science from the University of Salerno, Salerno, Italy, in 1991, the M.Sc. degree in information and communication technology from I.I.A.S.S. "E.R. Caianiello", Vietri sul Mare, Salerno, and the Ph.D. degree in applied mathematics and computer science from the University of Padova, Padova, Italy. He is currently an Associate Professor of computer science at the University of Salerno.His research interests include Multibiometric Systems, Pattern Recognition, Image Processing, Compression and Indexing, Multimedia Databases, Human-Computer Interaction, VR/AR. He co-authored over 120 papers in international conference, peer review journals and book chapters in these fields (see http://www.informatik.uni-trier.de/~ley/pers/hd/n/Nappi:Michele.html). He also served as Guest Editor for several international journals and as Editor for International Books. In 2014 He was one of the founders of the spin off BS3 (Biometric System for Security and Safety). President of the Italian Chapter of the IEEE Biometrics Council (2015-2017), member of IAPR and IEEE, He is team leader of the Biometric and Image Processing Lab (BIPLAB). Dr. Nappi received several international awards for scientific and research activities. Hugo Proenca B.Sc. (2001), M.Sc. (2004), Ph.D. (2007) and Habilitation (Agregado, 2016) is an Associate Professor and the current Head of the Department (2015-2017) of Computer Science, University of Beira Interior. He has been researching mainly about biometrics and visual-surveillance, particularly in developing human recognition solutions able to work in degraded data, resulting from unconstrained data acquisition protocols. He is an associate editor of the Image and Vision Computing Journal, the coordinating editor of the IEEE Biometrics Council Newsletter and the area editor (ocular biometrics) of the IEEE Biometrics Compendium Journal. Also, he is a member of the Editorial Board of the International Journal of Biometrics and served as Guest Editor of special issues of the Pattern Recognition Letters, Image and Vision Computing and Signal, Image and Video Processing journals.