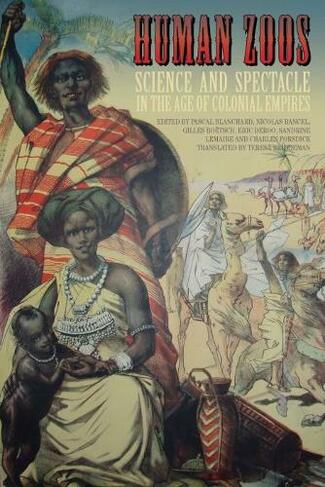 Human Zoos: Science and Spectacle in the Age of Empire

'Human zoos', forgotten symbols of the colonial era, have been totally repressed in our collective memory. In these 'anthropo-zoological' exhibitions, 'exotic' individuals were placed alongside wild beasts and presented behind bars or in enclosures. Human zoos were a key factor, however, in the progressive shift in the West from scientific to popular racism. Beginning with the early nineteenth-century European exhibition of the Hottentot Venus, this thoroughly documented volume underlines the ways in which they affected the lives of tens of millions of visitors, from London to New York, from Warsaw to Milan, from Moscow to Tokyo... Through Barnum's freak shows, Hagenbeck's 'ethnic shows' (touring major European cities from their German base), French-style villages negres, as well as the great universal and colonial exhibitions, the West invented the 'savage', exhibited the 'peoples of the world', whilst in many cases preparing for or contributing to their colonization... This first mass contact between 'us' and 'them', between the West and elsewhere, created an invisible border. Measured by scientists, exploited in shows, used in official exhibitions, these men, women and children became extras in an imaginary and in a history that were not their own. Based on the best-selling French volume Zoos Humains but with a number of newly commissioned chapters, Human Zoos puts into perspective the 'spectacularization' of the Other, a process that is at the origin of contemporary stereotypes and of the construction of our own identities. A unique book, on a crucial phenomenon, which takes us to the heart of Western fantasies, and allows us to understand the genesis of identity in Japan, Europe and North America.

Charles Forsdick is James Barrow Professor of French at the University of Liverpool.