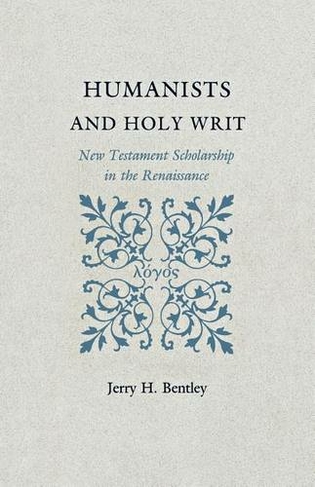 Humanists and Holy Writ: New Testament Scholarship in the Renaissance

Jerry H. Bentley is the Director at the Center for World History at the University of Hawaii, Manoa and founding editor of the Journal of World History. His research interests include the cultural history of early modern Europe and the cross-cultural interactions in world history.