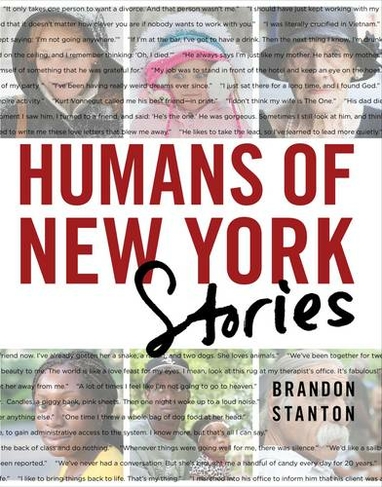 Brandon Stanton studied at the University of Georgia and worked as a bond trader in Chicago before founding Humans of New York in the summer of 2010. He has appeared on The Today Show and the BBC, has been featured in The Wall Street Journal, and his photos have appeared at Vogue.com and TheAtlantic.com. David Karp, the founder of Tumblr, called Humans of New York his favorite Tumblr blog. He is the author of Humans of New York, Humans of New York: Stories and Little Humans. Stanton lives in Brooklyn, New York.