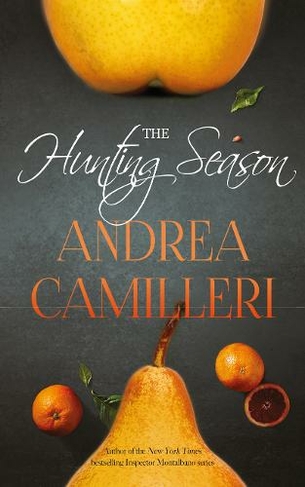 Sicily, 1880. When a stranger arrives in Vigata, the town's inhabitants immediately become unsettled. It seems the young man, Fofo, is the son of a local peasant legendary for his home-grown medicines; a man who was murdered many years before. Fofo opens his own pharmacy in Vigata and his remedies are sought by many. But he soon finds himself entangled with the local nobility: Don Filippo - a philandering marchese set on producing a new heir, his long-suffering wife Donna Matilde, his eccentric elderly father Don Federico, his son Federico and beautiful daughter Ntonto above all. But it won't be long before death visits Vigata and the town and its most noble family will never be the same again . . . Both a delightful murder mystery and a comic novel of huge brio, fired by love and obsession and filled with memorable characters, Hunting Season is a captivating novel from Andrea Camilleri, the bestselling author of the Inspector Montalbano series. 'For sunny views, explosive characters and a snappy plot constructed with great farcical ingenuity, the writer you want is Andrea Camilleri' New York Times

Andrea Camilleri is one of Italy's most famous contemporary writers. His books have sold over 65 million copies worldwide. He lives in Rome. The Inspector Montalbano series, which began with The Shape of Water, has been translated into thirty-two languages and was adapted for Italian television, screened on BBC4. The Potter's Field, the thirteenth book in the series, was awarded the Crime Writers' Association's International Dagger for the best crime novel translated into English. He is also the author of the historical comic mystery The Brewer of Preston.