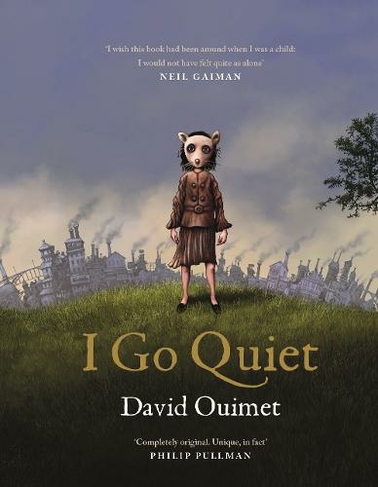 Also available on eBook for £7.55. Click here to purchase from Rakuten Kobo

I Go Quiet is the exquisite story of an introverted girl, struggling to find her place in a noisy world. Through the power of books, creativity and imagination, she begins to see possibilities for herself beyond the present, to a future where her voice will finally be heard. Full colour throughout

David Ouimet's illustrations have featured on album covers and books, including Robert D. San Souci's Dare to be Scared book series and Nancy Etchmendy's Cat in Glass and other Tales of the Unnatural. Most recently he illustrated Daydreams for Night by musician John Southworth. Ouimet's work was selected for the Society of Illustrator's Annual 59 and was exhibited at the Museum of American Illustration in New York City in February 2017.