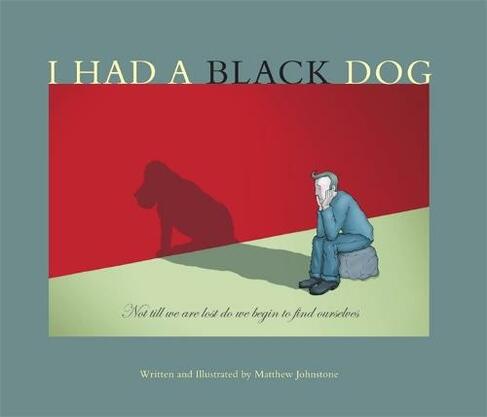 I Had a Black Dog

By Matthew Johnstone (Author)
Paperback
https://www.whsmith.co.uk/products/i-had-a-black-dog/matthew-johnstone/paperback/9781845295899-12-000.html £6.55 rrp £7.99 Save £1.44 (18%)
GBP
Availability
In Stock
Free Delivery Available When You Spend £25 Or More
Details
Spend £25 On Products To Receive Free Standard Delivery To Your Home Or Free Next Working Day Click And Collect To Store

'I Had a Black Dog says with wit, insight, economy and complete understanding what other books take 300 pages to say. Brilliant and indispensable.' - Stephen Fry 'Finally, a book about depression that isn't a prescriptive self-help manual. Johnston's deftly expresses how lonely and isolating depression can be for sufferers. Poignant and humorous in equal measure.' Sunday Times There are many different breeds of Black Dog affecting millions of people from all walks of life. The Black Dog is an equal opportunity mongrel. It was Winston Churchill who popularized the phrase Black Dog to describe the bouts of depression he experienced for much of his life. Matthew Johnstone, a sufferer himself, has written and illustrated this moving and uplifting insight into what it is like to have a Black Dog as a companion and how he learned to tame it and bring it to heel.

In a former life, Matthew Johnstone was a successful creative in advertising. He worked all around the world and won many coveted industry awards. He has since taken that skill of communicating simply and effectively into writing and illustrating books and public speaking. Matthew has published 9 books many of which have been bestsellers internationally. He gave a keynote to 87 representatives at the World Health Organisation of the power of imagery in understanding difficult to articulate subjects such as mental health, meditation, resilience and stress. Matthew's work has been endorsed by Stephen Fry, Edward de Bono, Google and the World Health Organisation. He is one of six, Australia wide, that have been nominated for the 2018 Australian Mental Health Awards for his outstanding work in the mental health and wellbeing space. His simple motto is 'Flicking Switches with Pictures'.