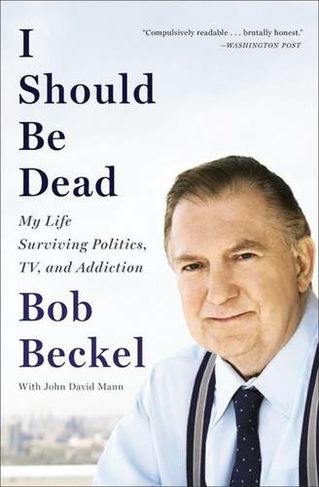 I Should Be Dead My Life Surviving Politics, TV, and Addiction

Growing up poor in an abusive home, Bob Beckel learned to be a survivor: to avoid conflict, mask his feelings, and to lie--all skills that served him well in Washington, where would become the youngest-ever Deputy Assistant Secretary of State and manage Walter Mondale's 1984 presidential campaign. But Beckel was living a double life. On January 20, 2001--George W. Bush' second Inauguration Day--he hit rock bottom, waking up in the psych ward. Written with captivating honesty, Beckel chronicles how his addictions nearly killed him until he found help in an unexpected ally, conservative Cal Thomas, who helped him find faith and get his life back on track. Now sober, Beckel has been enjoying his life's surprise "second act" as a co-host of a breakout hit show on FOX News Channel, The Five.

Bob Beckel (Author) Bob Beckel is a co-host of FOX News Channel's The Five (weekdays 5-6PM/ET). He first joined FNC as a contributor in 2000 and rejoined in 2011 for The Five. He is also a columnist for USA Today. Previously, Beckel worked for the U.S. State Department (1977-1980), where he served as the youngest Deputy Assistant Secretary of State for the Carter Administration. He was national campaign manager for Walter Mondale's presidential campaign, overseeing the successful race for the Democratic nomination. Beckel graduated with a B.A. in fine arts from Wagner College.