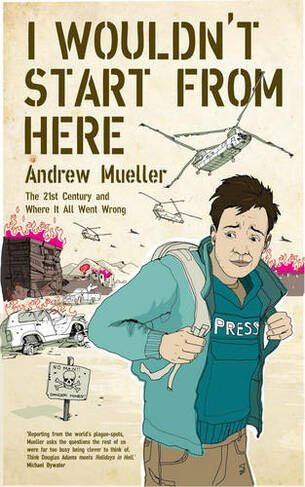 I Wouldn't Start from Here Travels in 21st-century terror, torture and torpor Main

With considerable skill, Mueller skids around the globe from failed state to ravaged war zone to desolate no-man's-land, from Beirut to Basra via Belfast and Bihac, to try to unpick why we humans seem so prone to plucking war from the jaws of peace, why so much that can go wrong does go wrong, over and over again, and how and why some conflicts suddenly, quietly, inexplicably seem to find themselves solved. It's a surprisingly sunny book given the mire in which he finds himself. And it is a notably entertaining and eye-opening tour of the world's moral basements in the vein of Holidays in Hell or Emergency Sex.

Born in Australia, ANDREW MUELLER has been based in London for the last 20 years.