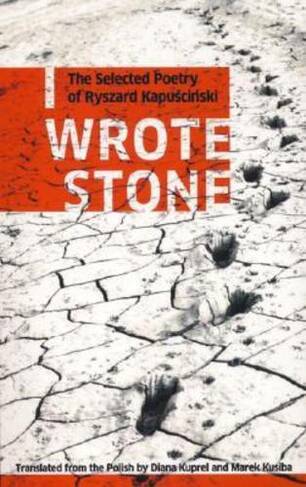 Bringing together for the first time in English a selection of poems from his two previously published collections, Kapuscinski offers up a thoughtful, philosophical verse, often aphoristic in tone and structure, that is engaged politically, morally, and viscerally with the world around him. Translated from the Polish.

Ryszard Kapuscinski: Ryszard Kapuscinski, Poland's most celebrated journalist and author, was born in 1932. His first book, Busz po polsku [Bush in Polish] appeared in 1962 and was an immediate bestseller. Many of his later works, which include The Emperor, Another Day of Life, The Soccer War, Shah of Shahs, Imperium, The Shadow of the Sun and Travels with Herodotus, have been translated into 31 languages and become part of the modern canon. He was, moreover, a poet, and published his poetry throughout his fifty-year writing career. One of the most acclaimed writers of our time, Kapuscinski died in Warsaw in January 2007.