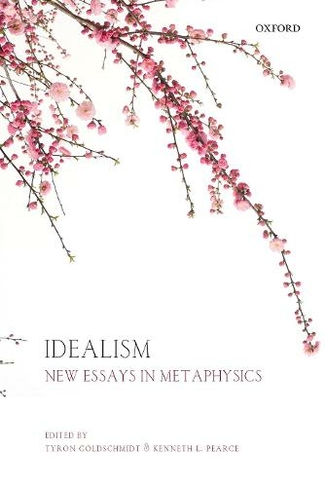 Also available on eBook for £40.43. Click here to purchase from Rakuten Kobo

Idealism is a family of metaphysical views each of which gives priority to the mental. The best-known forms of idealism in Western philosophy are Berkeleyan idealism, which gives ontological priority to the mental (minds and ideas) over the physical (bodies), and Kantian idealism, which gives a kind of explanatory priority to the mental (the structure of the understanding) over the physical (the structure of the empirical world). Although idealism was once a dominant view in Western philosophy, it has suffered almost total neglect over the last several decades. This book rectifies this situation by bringing together seventeen essays by leading philosophers on the topic of metaphysical idealism. The various essays explain, attack, or defend a variety of idealistic theories, including not only Berkeleian and Kantian idealisms but also those developed in traditions less familiar to analytic philosophers, including Buddhism and Hassidic Judaism. Although a number of the articles draw on historical sources, all will be of interest to philosophers working in contemporary metaphysics. This volume aims to spark a revival of serious philosophical interest in metaphysical idealism.

Tyron Goldschmidt is a visiting assistant professor in philosophy at Wake Forest University. He has journal publications in metaphysics, philosophy of religion and the history of philosophy. He co-authored Berkeley's Principles: Expanded and Explained (Routledge, 2016) and edited The Puzzle of Existence: Why Is There Something Rather Than Nothing? (Routledge, 2013).Kenneth Pearce is Ussher Assistant Professor in Berkeley Studies (Early Modern Philosophy) at Trinity College Dublin. He has journal publications in early modern philosophy, metaphysics and philosophy of religion. He is the author of Language and the Structure of Berkeley's World (OUP, 2017).