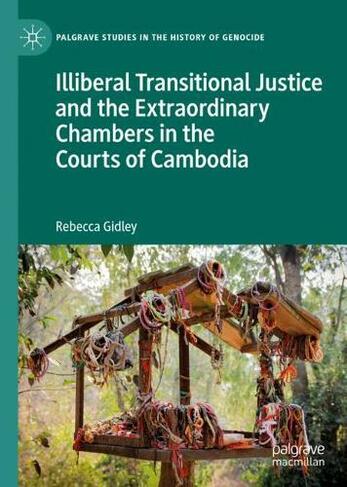 Illiberal Transitional Justice and the Extraordinary Chambers in the Courts of Cambodia: (Palgrave Studies in the History of Genocide 1st ed. 2019)

This book examines the creation and operation of the Extraordinary Chambers in the Courts of Cambodia (ECCC), which is a hybrid domestic/international tribunal tasked with putting senior leaders of the Khmer Rouge on trial. It argues that the ECCC should be considered an example of illiberal transitional justice, where the language of procedure is strongly adhered to but political considerations often rule in reality. The Cambodian government spent nearly two decades addressing the Khmer Rouge past, and shaping its preferred narrative, before the involvement of the United Nations. It was a further six years of negotiations between the Cambodian government and the United Nations that determined the unique hybrid structure of the ECCC. Over more than a decade in operation, and with three people convicted, the ECCC has not contributed to the positive goals expected of transitional justice mechanisms. Through the Cambodian example, this book challenges existing assumptions and analyses of transitional justice to create a more nuanced understanding of how and why transitional justice mechanisms are employed. 8 Illustrations, black and white; XI, 250 p. 8 illus.

Rebecca Gidley teaches history and international relations at the College of Asia and the Pacific, Australian National University. She has published on topics including narratives of mass atrocities, the physical location of courts, and the role of historians as expert witnesses.