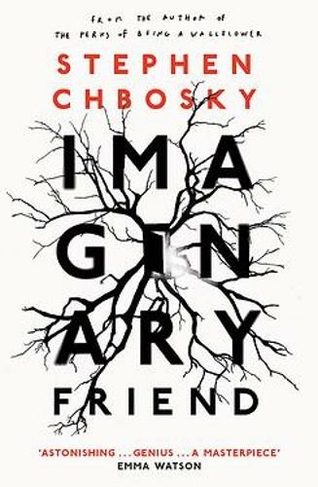 Imaginary Friend: The new novel from the author of The Perks Of Being a Wallflower

By Stephen Chbosky (Author)
Hardback
£16.00 rrp £20.00 Save £4.00 (20%)
GBP
Availability
In Stock
Free Delivery Available When You Spend £25 Or More
Details
Spend £25 On Products To Receive Free Standard Delivery To Your Home

'Astonishing ... Genius ... A masterpiece' EMMA WATSON 'Haunting and thrilling' JOHN GREEN, author of THE FAULT IN OUR STARS * * * * * IMAGINE... Leaving your house in the middle of the night. Knowing your mother is doing her best, but she's just as scared as you. IMAGINE... Starting a new school, making friends. Seeing how happy it makes your mother. Hearing a voice, calling out to you. IMAGINE... Following the signs, into the woods. Going missing for six days. Remembering nothing about what happened. IMAGINE... Something that will change everything... And having to save everyone you love. * * * * * 'Unputdownable ... You'll fall in love with these characters. That's why they stay with you, like a haunting.' R. J. PALACIO, author of WONDER 'An extraordinary book. The pages practically turn themselves.' GREER HENDRICKS & SARAH PEKKANEN, authors of THE WIFE BETWEEN US 'A fearsome, remarkably ambitious novel that breaks through the boundaries of the genre to become epic - in all the best senses of the word." LINCOLN CHILD, #1 New York Times bestseller 'A simply extraordinary reading experience. Utterly unique. A tremendous read, every bit worth the wait.' BLAKE CROUCH, author of DARK MATTER

Stephen Chbosky's first novel, THE PERKS OF BEING A WALLFLOWER has sold over 3.6 million copies in the English language. In the twenty years since, Stephen has become a prominent screenwriter and director. In 2012 he wrote and directed the film adaptation of PERKS. In 2017 penned the live action adaptation of BEAUTY AND THE BEAST, and co-wrote and directed the screenplay of the mega-bestselling novel WONDER starring Julia Roberts.