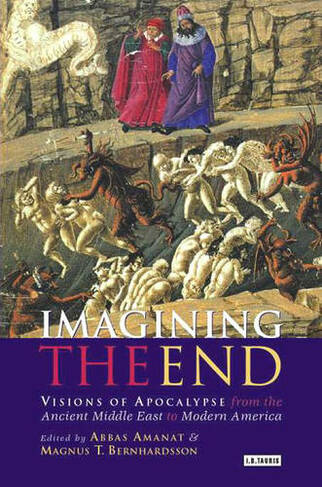 Imagining the End: Visions of Apocalypse from the Ancient Middle East to Modern America

The apocalypse is a theme common to all major monotheistic religions that have emerged from the Middle East. While this vision has expressed itself in different ways in each of the four monotheistic traditions of Judaism, Zoroastrianism, Christianity and Islam, the phenomenon is intrinsically similar. Exploring a range of ancient and modern cultural and religious experiences, and drawing on the interdisciplinary research of a group of scholars, this book highlights the importance of millennial and apocalyptic paradigms and their historical expressions in diverse settings. It demonstrates how visions of the End and eschatological scenarios - particularly the cycles of destruction and renewal in the canons of the major religions of the Middle East - have generated complex interpretations in cultures as diverse as early Judaism, classical Islam, medieval Europe, Africa, China, Iran and the United States. In the American context, unusually rich for religious experimentation, such motifs have given rise to prophetic visions and millennial hopes. What is the history of Millennialism? In what ways can patterns or phenomena that link the four faiths be discerned? Why has millennialism so p

Abbas Amanat is Professor of History at Yale University, and Chair of the Council on Middle East Studies, Yale Center for International and Area Studies. Magnus Bernhardsson is Assistant Professor at Hofstra University.