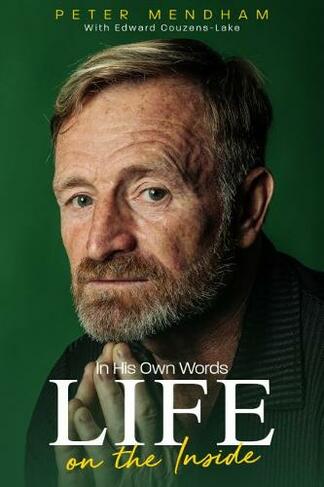 In His Own Words Life on the Inside

Recounted candidly In His Own Words: Life On the Inside looks back on the footballing life and times of Peter Mendham, Norwich City's larger-than-life former midfielder. He offers a no-holds-barred account of football in the 80s - and also of the incident that led to a seven-and-a-half-year prison sentence for the attempted murder of his girlfriend. Peter gives his viewpoint on some of the stars he has played with and against, and on a decade in football characterised by falling gates, hooliganism and poor television coverage for fans who didn't follow the fortunes of the game's biggest clubs. The Mendham case remains one of the highest-profile trials ever to have involved a British footballer - his punishment and fall from grace standing in stark contrast to a playing career at the highest level, winning medals at Wembley for two clubs. Peter recounts his experiences in football and his time endured at Her Majesty's pleasure in a frank, occasionally blunt manner that will give readers an insight into a life of ups and downs. Includes colour photo section

Edward Couzens-Lake is the author of 12 books including Gossy, the critically acclaimed autobiography of former Norwich City and Wales midfielder Jeremy Goss, and Mapping The Pitch, a study of the history of football tactics. A regular contributor to Norwich City's matchday programme since 2011, Edward is also a respected broadcaster and blogger.