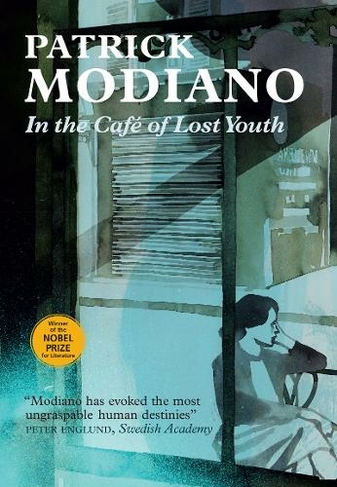 In the Cafe of Lost Youth

Four narrators, a student from a cafe, a private detective hired by an aggrieved husband, the heroine herself and one of her lovers, construct a portrait of Jacqueline Delanque, otherwise known as Louki. The daughter of a single mother who works in the Moulin Rouge, Louki grows up in poverty in Montmartre. Her one attempt to escape her background fails when she is rejected from the Lycee Jules-Ferry. She meanders on through life, into a cocaine habit, and begins frequenting the Cafe Conde, whose regulars call her "Louki". She drifts into marriage with a real estate agency director, but finds no satisfaction with him or his friends and so makes the simple decision not to return to him one evening. She turns instead to a young man almost as aimless and adrift as she, but who perhaps loves her all the same. Ever-present through this story is the city of Paris, almost another character in her own right. This is the Paris of 'no-man's-lands', of lonely journeys on the last metro, or nocturnal walks along empty boulevards; of cafes where the lost youth wander in, searching for meaning, and the older generation sift through their memories of their own long-gone adolescence. Translated from the French by Euan Cameron

Patrick Modiano was born in Paris, France in 1945. He was the recipient of the 2014 Nobel Prize in Literature. He previously won the 2012 Austrian State Prize for European Literature, the 2010 Prix mondial Cino Del Duca from the Institut de France for lifetime achievement, the 1978 Prix Goncourt for Rue des boutiques obscures, and the 1972 Grand Prix du roman de l'Academie francaise for Les Boulevards de ceinture.