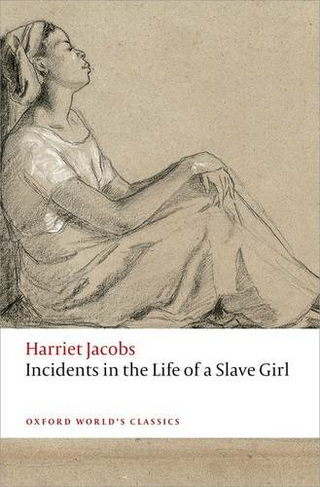 Incidents in the Life of a Slave Girl: (Oxford World's Classics)

'The degradations, the wrongs, the vices, that grow out of slavery, are more than I can describe.' Harriet Jacobs was born a slave in the American South and went on to write one of the most extraordinary slave narratives. First published pseudonymously in 1861, Incidents in the Life of a Slave Girl describes Jacobs's treatment at the hands of her owners, her eventual escape to the North, and her perilous existence evading recapture as a fugitive slave. To save herself from sexual assault and protect her children she is forced to hide for seven years in a tiny attic space, suffering terrible psychological and physical pain. Written to expose the appalling treatment of slaves in the South and the racism of the free North, and to advance the abolitionist cause, Incidents is notable for its careful construction and literary effects. Jacobs's story of self-emancipation and a growing feminist consciousness is the tale of an individual and a searing indictment of slavery's inhumanity. This edition includes the short memoir by Jacobs's brother, John S. Jacobs, 'A True Tale of Slavery'. ABOUT THE SERIES: For over 100 years Oxford World's Classics has made available the widest range of literature from around the globe. Each affordable volume reflects Oxford's commitment to scholarship, providing the most accurate text plus a wealth of other valuable features, including expert introductions by leading authorities, helpful notes to clarify the text, up-to-date bibliographies for further study, and much more.

R. J. Ellis's publications include Harriet Wilson's 'Our Nig': A Cultural Biography (2003), a co-edited collection of essays, Becoming Visible: Women's Presence in Ninetenth-Century America (2010) and editions of Our Nig (2011, with Henry Louis Gates), and Charles Chesnutt's The Colonel's Dream (2015). He was President of the Society for the Study of American Women Writers from 2012 to 2015.