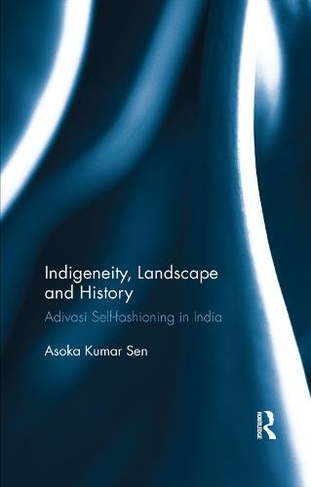 This book engages with notions of self and landscape as manifest in water, forest and land via historical and current perspectives in the context of indigenous communities in India. It also brings processes of identity formation among tribes in Africa and Latin America into relief. Using interconnected historical moments and representations of being, becoming and belonging, it situates the content and complexities of Adivasi self-fashioning in contemporary times, and discusses constructions of selfhood, diaspora, homeland, environment and ecology, political structures, state, marginality, development, alienation and rights. Drawing on a range of historical sources - from recorded oral traditions and village histories to contemporary Adivasi self-narratives - the volume will be of great interest to scholars and researchers of modern Indian history, sociology and social anthropology, tribal and indigenous studies and politics.

Asoka Kumar Sen taught history at Tata College, Chaibasa, West Singhbhum, Jharkhand, and retired as a professor (1965-2002). He is presently an independent researcher of tribal history and editor of the Journal of Adivasi and Indigenous Studies. He was awarded a brief fellowship at the Department of Sociology, Delhi School of Economics, New Delhi, India. He also worked as a researcher for Sussex University, UK, on the British Academy project entitled `The East India Company and the Natural World: Environment, Innovation and Ideas at the Core of the British Empire'. His published works include The Educated Middle Class and Indian Nationalism (1988); Bengali Intelligentsia and Popular Uprisings 1855-73 (1992); Wilkinson's Rules, Context, Content and Ramifications (edited, 1999); Representing Tribe: The Ho of Singhbhum during Colonial Rule (2011); and From Village Elder to British Judge: Custom, Customary Law and Tribal Society (2012).