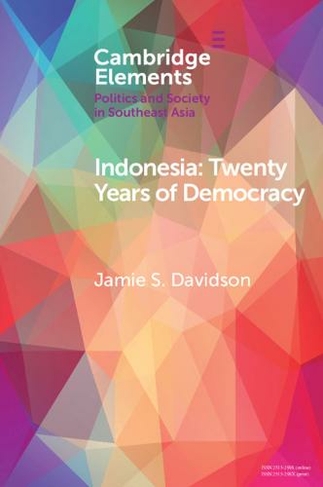 This Element argues that after twenty years of democratization, Indonesia has performed admirably. This is especially so when the country's accomplishments are placed in comparative perspective. However, as we analytically focus more closely to inspect Indonesia's political regime, political economy, and how identity-based mobilizations have emerged, it is clear that Indonesia still has many challenges to overcome, some so pressing that they could potentially erode or reverse many of the democratic gains the country has achieved since its former authoritarian ruler, Soeharto, was forced to resign in 1998. Worked examples or Exercises