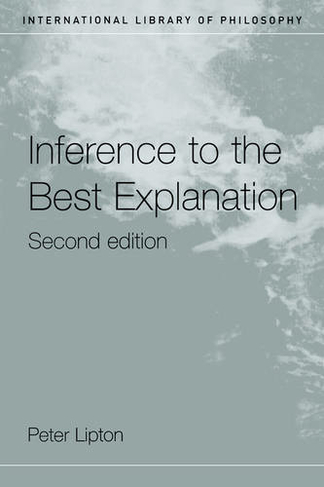 How do we go about weighing evidence, testing hypotheses, and making inferences? According to the model of Inference to the Best Explanation, we work out what to infer from the evidence by thinking about what would actually explain that evidence, and we take the ability of a hypothesis to explain the evidence as a sign that the hypothesis is correct. In Inference to the Best Explanation, Peter Lipton gives this important and influential idea the development and assessment it deserves. The second edition has been substantially enlarged and reworked, with a new chapter on the relationship between explanation and Bayesianism, and an extension and defence of the account of contrastive explanation. It also includes an expanded defence of the claims that our inferences really are guided by diverse explanatory considerations, and that this pattern of inference can take us towards the truth. This edition of Inference to the Best Explanation has also been updated throughout and includes a new bibliography.

Peter Lipton is Hans Rausing Professor of History and Philosophy of Science at the University of Cambridge.