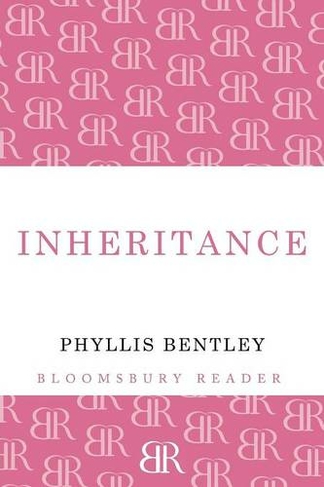 This is the first part of Bentley's famous Inheritance Trilogy.Filmed by Granada in 1967, the Inheritance trilogy is Phyllis Bentley's most widely acclaimed work.Set against the backdrop of the textile industry in the West Riding of Yorkshire, the trilogy chronicles the lives of several families over 153 trouble-torn years, from the Luddite riots of 1812 to the death of Sir Winston Churchill in 1965. Vividly depicted, and moving to the last, this trilogy is an example of regional fiction at its finest.Speaking of the reason for the work, Bentley wrote that it is a story of "decency and integrity, courage and compassion... passed down the generations; we are always the heirs of the past and begetters of the future ages. It will be seen that this thought is the meaning of the title 'Inheritance.' It is not material wealth which is meant, but a spiritual heritage."

Phyllis Bentley, 1894 - 1977Bentley published her first work in 1918, a collection of short stories entitled The World's Bane, after which she published several poor-selling novels. The publication in March 1932 of her best-known work, Inheritance, set against the background of the development of the textile industry in the West Riding, received widespread critical acclaim and ran through twenty-three impressions by 1946, making her the first successful English regional novelist since Thomas Hardy and his Wessex.In 1949 she was awarded an honorary DLitt from Leeds University; in 1958 she became a Fellow of the Royal Society of Literature; and in 1970 was awarded an OBE.