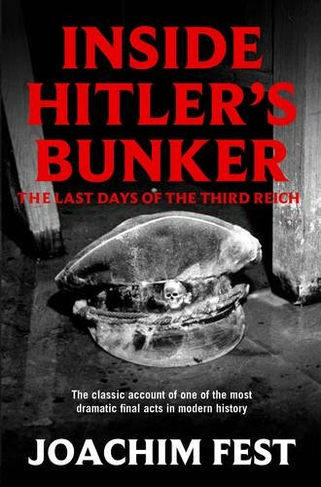 In this compelling new reconstruction, Germany's greatest historian of Nazism describes in vivid detail the claustrophobic atmosphere of the Fuhrer's bunker during the bitter last days of the war when, drugged and enfeebled, Hitler veered between hysterical despair and lunatic optimism while his regime disintegrated amid desperate acts of betrayal, recrimination and suicide. 'vivid and creepy, as well as darkly comic' - Mail On Sunday 'unputdownable' - Sunday Times 'Nobody has written a better account' - Observer 'such pace, drama and immediacy that one could almost believe he had been an eye-witness' - The Spectator 'moves like a blood racing thriller' - Catholic Times 'There has never been a more evocative account' - Daily Mail

Joachim Fest was the author of several highly regarded, award-winning books on Nazi Germany including Speer: The Final Verdict, Plotting Hitler's Death, The Face of the Third Reich and his classic biography of Adolf Hitler, Hitler. He died in 2006.