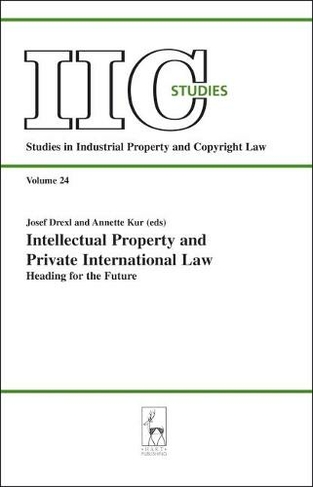 The relationship between intellectual property and private international law is a fascinating and multi-faceted one. Both fields are inherently international, but it is the exponential increase in conflicts involving trans-border elements, in a world characterised by global trade and borderless communication structures, that has, in modern times, drawn the two disciplines close. The essays contained in this book, first presented at a Symposium in Munich, set out possible visions for a future system of international and regional jurisdiction and applicable law that is better adapted to the increasingly supranational character of IP rights. A second feature of the book is its treatment of 'harmonisation' of choice-of-law issues. Framed by these two elements - international jurisdiction on the one hand and perspectives for harmonised choice of law rules in an international context on the other - specific European themes are also addressed; jurisdiction, the establishment of a European judiciary in the patent field, the relationship between regional (European) systems and an international jurisdiction convention, and the recent proposal for a Regulation on applicable law in non-contractual relationships (Rome II). black & white illustrations