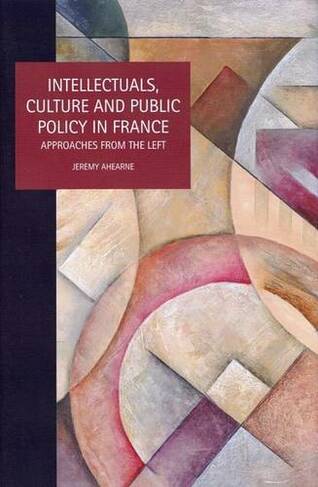 Intellectuals, Culture and Public Policy in France: Approaches from the Left (Studies in Social and Political Thought 19)

French intellectuals have always defined themselves in political terms. They figure in common representation as oppositional figures set against State and government. But speaking truth to power is not the only way that intellectuals in France have brought their influence to bear upon political fields. Ahearne's book explores a neglected dimension of French intellectuals' practice. What happens when, instead of denouncing from without the worlds of government and public policy, French intellectuals become voluntarily, at least for a while, entangled within those worlds? After a historical and theoretical overview, the heart of the book is constituted by a series of case studies exploring policy domains in which strategies for shaping the broad 'culture' of France have been debated and developed. These comprise issues of laicity and secularization, reform of the educational curriculum, programmes of cultural 'democratization' and 'democracy', and public television programming. It explores the policy engagement of intellectuals such as Pierre Bourdieu, Michel de Certeau, Andre Malraux, Catherine Clement, Regis Debray, Francis Jeanson, Henri Wallon, Blandine Kriegel, and Edgar Morin. 'An interesting and stimulating read ... I shall be recommending elements of this book as higher-level reading for students taking undergraduate modules on 'Republican values' and the French education system and 'French Popular culture'. I am sure that many other colleagues elsewhere in British and US universities will want to do likewise.' Hugh Dauncey, Newcastle University.

Jeremy Ahearne is Professor of French Studies at the University of Warwick and author of Michel de Certeau: Interpretation and its Other (Polity Press, 1995) and French Cultural Policy Debates: A Reader (Routledge, 2002).