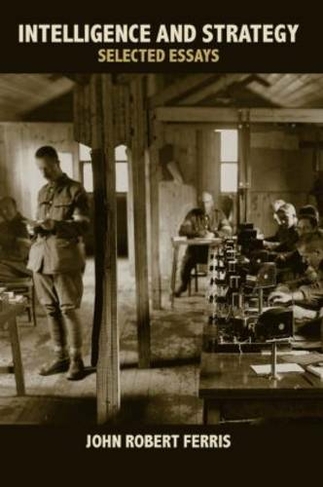 John Ferris' work in strategic and intelligence history is widely praised for its originality and the breadth of its research. At last his major pioneering articles are now available in this one single volume. In Intelligence and Strategy these essential articles have been fundamentally revised to incorporate new evidence and information withheld by governments when they were first published. This volume reshapes the study of communications intelligence by tracing Britain's development of cipher machines providing the context to Ultra and Enigma, and by explaining how British and German signals intelligence shaped the desert war. The author also explains how intelligence affected British strategy and diplomacy from 1874 to 1940 and world diplomacy during the 1930s and the Second World War. Finally he traces the roots for contemporary intelligence, and analyzes intelligence and the RMA as well as the role of intelligence in the 2003 Gulf War. This volume ultimately brings new light to our understanding of the relations between intelligence, strategy and diplomacy between the end of the 19th century and the beginning of the 21st century.

John Ferris is a Professor of History at The University of Calgary. He has written widely on military history, strategy and intelligence studies. Among his works are The Evolution of British Strategic Policy, 1919-1926 (1989) and The British Army and Signals Intelligence during the First World War. He is a co-author of A World History of Warfare (2002).