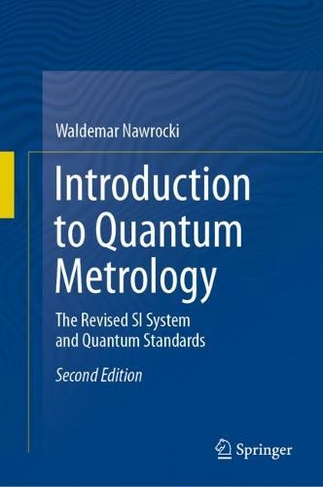 This book discusses the theory of quantum effects used in metrology, and presents the author's research findings in the field of quantum electronics. It also describes the quantum measurement standards used in various branches of metrology, such as those relating to electrical quantities, mass, length, time and frequency. The first comprehensive survey of quantum metrology problems, it introduces a new approach to metrology, placing a greater emphasis on its connection with physics, which is of importance for developing new technologies, nanotechnology in particular. Presenting practical applications of the effects used in quantum metrology for the construction of quantum standards and sensitive electronic components, the book is useful for a broad range of physicists and metrologists. It also promotes a better understanding and approval of the new system in both industry and academia. This second edition includes two new chapters focusing on the revised SI system and satellite positioning systems. Practical realization (mise en pratique) the base units (metre, kilogram, second, ampere, kelvin, candela, and mole), new defined in the revised SI, is presented in details. Another new chapter describes satellite positioning systems and their possible applications. In satellite positioning systems, like GPS, GLONASS, BeiDou and Galileo, quantum devices - atomic clocks - serve wide population of users. 40 Tables, color; 62 Illustrations, color; 90 Illustrations, black and white; XIV, 326 p. 152 illus., 62 illus. in color.

Waldemar Nawrocki is a professor of electronics at Poznan University of Technology, Poland, where he earned a Ph.D. in technical sciences in 1981. Dr. Nawrocki also holds a D.Sc. in physics from Jena University, Germany (since 1990). His research fields are: Quantum Metrology, Measurement System, Nanoelectronics and Cryoelectronics. W. Nawrocki has published 15 books. From 2006 to 2016 he has organized and chaired five international conferences on quantum metrology in Poznan.