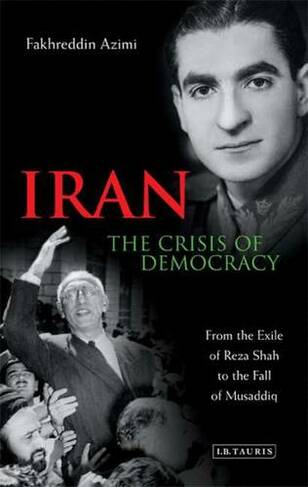 In 1941 the British and the Russians occupied Iran. After autocratic Reza Shah had been forced to abdicate under British pressure, there followed one of the most turbulent periods in Iranian politics in the twentieth century. Forces and passions, which had been simmering for decades, erupted. Iran became the scene of widespread political activity by numerous factions and organizations whose ideological convictions ranged from the communist left to the religious right. This book, the first detailed study to appear in English, provides dramatic new detail on the politics, infighting and intrigue which characterized the period. It also seeks to explain why Iran's only protracted experiment with parliamentary democracy was doomed to failure. Fakhreddin Azimi examines the many factors which eventually prevented the success of parliamentary government, in spite of the challenge to the monarchy, first from Prime Minister Qavam, then from the Musaddiq-led nationalist movement. He shows how the position of the monarchy was strengthened by its control of the flow of patronage. He analyses the factional behaviour of the elite, and weaknesses in the constitution, such as the power of the parliament - the Majlis - to undermine the cabinet. He also examines social and economic factors in Iran which aggravated instability. In addition, he considers the international political situation, particularly after 1951 when Musaddiq nationalized the oil industry. This is a key period in Iranian domestic politics, which has influenced all political developments since. Azimi's analysis is unrivalled in the scope and depth of its treatment of the subject, and in its extensive use of source material in both Persian and other languages. "Iran: The Crisis of Democracy" is the standard work on the period.

Fakhreddin Azimi is Professor of History at the University of Connecticut and an internationally recognized scholar of modern Iranian history. His most recent book is The Quest for Democracy in Iran: a Century of Struggle against Authoritarian Rule.