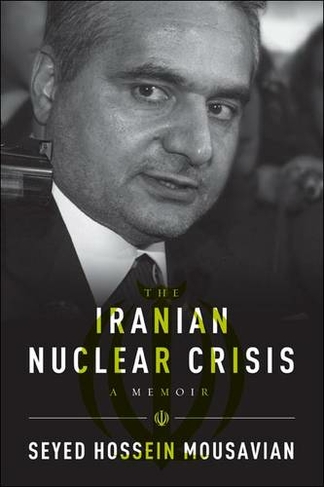 The first detailed Iranian account of the diplomatic struggle between Iran and the international community, The Iranian Nuclear Crisis: A Memoir opens in 2002, as news of Iran's clandestine uranium enrichment and plutonium production facilities emerge. Seyed Hossein Mousavian, previously the head of the Foreign Relations Committee of Iran's Supreme National Security Council and spokesman for Tehran's nuclear negotiating team, brings the reader into Tehran's private deliberations as its leaders wrestle with internal and external adversaries. Mousavian provides readers with intimate knowledge of Iran's interactions with the International Atomic Energy Agency and global powers. His personal story comes alive as he vividly recounts his arrest and interrogations on charges of espionage. Dramatic episodes of diplomatic missions tell much about the author and the swirling dynamics of Iranian politics and diplomacy -undercurrents that must be understood now more than ever. As intense debate continues over the direction of Iran's nuclear program, Mousavian weighs the likely effects of military strikes, covert action, sanctions, and diplomatic engagement, considering their potential to resolve the nuclear crisis.

Seyed Hossein Mousavian served as spokesman for Iran's team in nuclear negotiations with the European Union and the International Atomic Energy Agency (2003-05) and is currently a visiting research scholar at the Woodrow Wilson School's Program on Science and Global Security at Princeton University, USA.