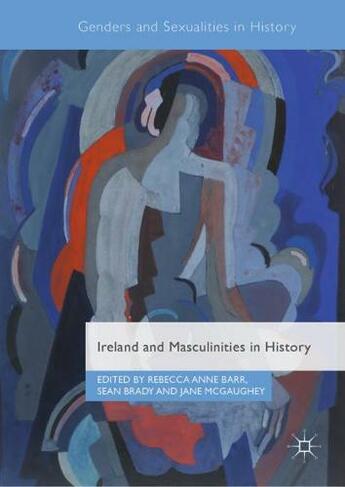 This edited collection presents a selection of essays on the history of Irish masculinities. Beginning with representations of masculinity in eighteenth-century drama, economics, and satire, and concluding with work on the politics of masculinity post Good-Friday Agreement in Northern Ireland, the collection advances the importance of masculinities in our understanding of Irish history and historiography. Using a variety of approaches, including literary and legal theory as well as cultural, political and local histories, this collection illuminates the differing forms, roles, and representations of Irish masculinities. Themes include the politicisation of Irishmen in both the Republic of Ireland and in Northern Ireland; muscular manliness in the Irish Diaspora; Orangewomen and political agency; the disruptive possibility of the rural bachelor; and aspirational constructions of boyhood. Several essays explore how masculinity is constructed and performed by women, thus emphasizing the necessity of differentiating masculinity from maleness. These essays demonstrate the value of gender and masculinities for historical research and the transformative potential of these concepts in how we envision Ireland's past, present, and future. 5 Illustrations, black and white; XV, 313 p. 5 illus.

Rebecca Anne Barr is Lecturer in English Literature at National University of Ireland, Galway. Her research focuses on fictional form, masculinity, and sexuality in the eighteenth-century novel. With Sylvie Kleiman-Lafon and Sophie Vasset, she is co-editor of Bellies, Bowels and Entrails in the Eighteenth Century (2018).Sean Brady is Lecturer in Modern British and Irish History at Birkbeck College, University of London, UK. His publications include Masculinity and Male Homosexuality in Britain, 1861-1913 (Palgrave, 2005 & 2009), What is Masculinity? (Palgrave, 2011), co-edited with John H. Arnold, and The Palgrave Handbook of Masculinity and Popular Culture in Europe (Palgrave, 2018), which he co-edited with Christopher Fletcher, Rachel Moss and Lucy Riall. His current research examines masculinities and sexualities in Northern Ireland's history.Jane McGaughey is Associate Professor of Diaspora Studies at Concordia University's School of Irish Studies in Montreal, Canada. She is the author of Ulster's Men: Protestant Unionist Masculinities and Militarisation in the North of Ireland, 1912-1923 (2012). Her research focuses on popular representations of Irish sexualities, migration, loyalty, and violence since the early nineteenth century.