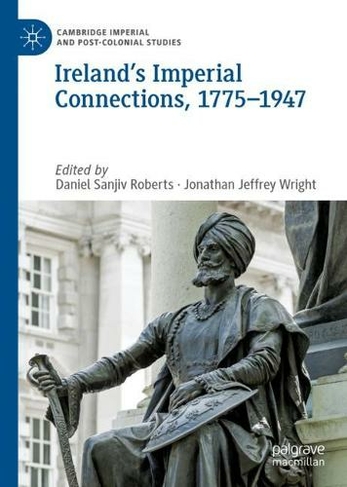 This edited collection explores the complexities of Irish involvement in empire. Despite complaining regularly of treatment as a colony by England, Ireland nevertheless played a significant part in Britain's imperialism, from its formative period in the late eighteenth century through to the decolonizing years of the early twentieth century. Framed by two key events of world history, the American Revolution and Indian Independence, this book examines Irish involvement in empire in several interlinked sections: through issues of migration and inhabitation; through literary and historical representations of empire; through Irish support for imperialism and involvement with resistance movements abroad; and through Irish participation in the extensive and intricate networks of empire. Informed by recent historiographical and theoretical perspectives, and including several detailed archival investigations, this volume offers an interdisciplinary and evolving view of a burgeoning field of research and will be of interest to scholars of Irish studies, imperial and postcolonial studies, history and literature. 4 Illustrations, color; XV, 323 p. 4 illus. in color.

Daniel Sanjiv Roberts is a Reader in English at Queen's University Belfast, UK. He has published major scholarly editions of writers such as Charles Johnston, Robert Southey and Thomas De Quincey and written widely on eighteenth-century literature, and on Indian and Irish literatures in English. His edition of Southey's The Curse of Kehama was cited as a Distinguished Scholarly Edition by the M.L.A. in 2005. Jonathan Jeffrey Wright is a Lecturer in History at Maynooth University, Ireland. His publications include The 'Natural Leaders' and their World: Politics, Culture and Society in Belfast, c. 1801-1832 (2012), Spaces of Global Knowledge: Exhibition, Encounter and Exchange in an Age of Empire (2015, edited with Diarmid A. Finnegan) and Urban Spaces in Nineteenth-Century Ireland (2018, edited with Georgina Laragy and Olwen Purdue).