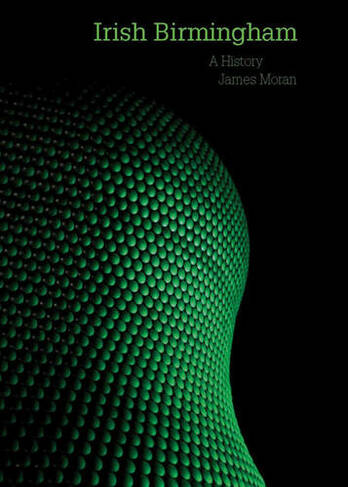 By James Moran (Author)
Hardback
https://www.whsmith.co.uk/products/irish-birmingham-a-history/james-moran/hardback/9781846314742-01-000.html £85.00
GBP
Availability
Currently unavailable. We don't know when or if this item will be back in stock
With Free Saver Delivery
Details
FREE SHIPPING over £20 for Saver Delivery
Share

Birmingham has long been shaped by its Irish residents. The migration caused by Ireland's potato famine gave Birmingham the fourth highest Irish-born population of any English or Welsh town in the mid-1800s. During the 1960s, one in six children born in Birmingham had at least one parent from Ireland. Today the city hosts one of the largest St Patrick's Day parades in the world, attended by an estimated 100,000 people. This book examines this important aspect of English-Irish history, and explains how events in Birmingham have influenced Irish political figures from Daniel O'Connell to Padraic Pearse, Irish dramatists from Brendan Behan to Tom Murphy, as well as English writers from Gerard Manley Hopkins to Jonathan Coe. 'Well written, engaging and stimulating ... this book fills a major gap in the history of Birmingham.' Professor Carl Chinn, University of Birmingham 'One of the widest ranging studies of the Irish in Britain yet written. Focusing on the previously overlooked Irish communities of Britain's second city, Moran takes us on a fascinating journey from the Georgian theatre to the aftermath of the Birmingham pub bombings. A major piece of scholarship.' Professor Don MacRaild, Northumbria University

James Moran teaches in the School of English at the University of Nottingham, and writes for publications including the Dublin Review of Books, the Tablet, and the Times Literary Supplement. He is the author of Staging the Easter Rising, and the editor of Four Irish Rebel Plays.