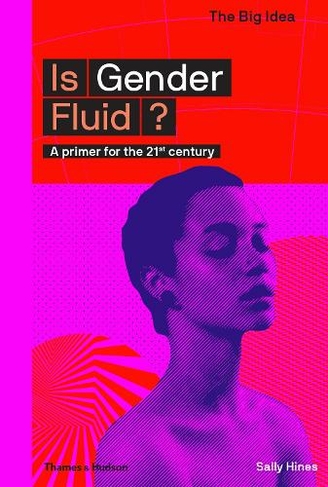 Is Gender Fluid?: A primer for the 21st century (The Big Idea)

The Big Idea shortlisted for series design in the British Design and Production Awards When we are born, we are each assigned a gender based on our physical anatomy. But why is it that some people experience such dissonance between their biological sex and their inner identity? Is gender something we are or something we do? Is our expression of gender inborn or does it develop as we grow? Are the traditional binary male and female gender roles relevant in an increasingly fluid and flexible world? This intelligent, stimulating volume assesses the connections between gender, psychology, culture and sexuality, and reveals how individual and social attitudes have evolved over the centuries. with over 160 illustrations

Sally Hines is Professor of Sociology and Gender Identities at the University of Leeds, where she was also Director of the Centre for Interdisciplinary Gender Studies from 2009 to 2014. Matthew Taylor is Chief Executive of the RSA, a 250-year old British institution devoted to enriching society through ideas and action to deliver a 21st-century enlightenment. A writer, public speaker and broadcaster, he has written widely on policy, politics, public service reform and cultural theory, and frequently appears on Newsnight, The Daily Politics, and Radio 4's Today and The Moral Maze. He was previously General Secretary and Chief Executive of the Institute for Public Policy Research, Britain's leading think tank.