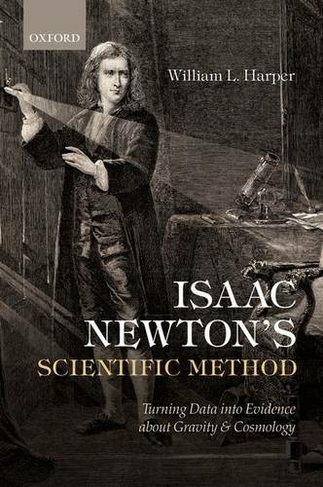 Isaac Newton's Scientific Method examines Newton's argument for universal gravity and his application of it to resolve the problem of deciding between geocentric and heliocentric world systems by measuring masses of the sun and planets. William L. Harper suggests that Newton's inferences from phenomena realize an ideal of empirical success that is richer than prediction. Any theory that can achieve this rich sort of empirical success must not only be able to predict the phenomena it purports to explain, but also have those phenomena accurately measure the parameters which explain them. Harper explores the ways in which Newton's method aims to turn theoretical questions into ones which can be answered empirically by measurement from phenomena, and to establish that propositions inferred from phenomena are provisionally accepted as guides to further research. This methodology, guided by its rich ideal of empirical success, supports a conception of scientific progress that does not require construing it as progress toward Laplace's ideal limit of a final theory of everything, and is not threatened by the classic argument against convergent realism. Newton's method endorses the radical theoretical transformation from his theory to Einstein's. Harper argues that it is strikingly realized in the development and application of testing frameworks for relativistic theories of gravity, and very much at work in cosmology today.

William L. Harper is Professor Emeritus at the University of Western Ontario, where he has taught since 1970. He has held positions as a visiting Professor at the University of Pittsburgh, Princeton University, and the California Institute of Technology. From 2002 to 2005 he served as President of the Canadian Society for History and Philosophy of Science, having served as First Vice President from 1999 to 2001. He has also served twice on the Governing Board of thePhilosophy of Science Association, and was Representative of the Association of Symbolic Logic to the American Association for the Advancement of Science between 1982 and 1988.